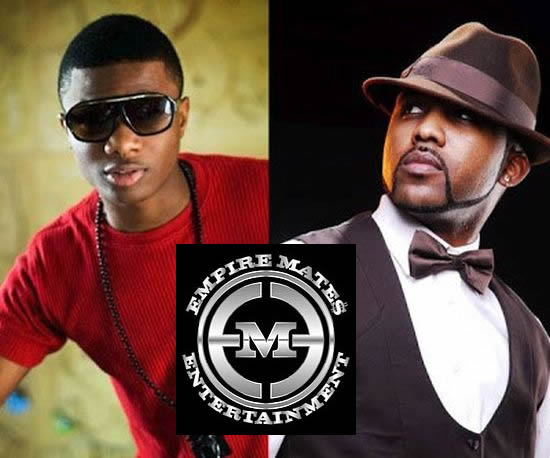 Grammy award winning singer, Wizkid seems to be cutting all ties with his former label boss, Banky Wellington as he unfollows him on social media.

Banky W had trended on Thursday, April 22 when he opened up on issues he had with his former label act, Wizkid.

Banky W had an interview with Ebuka Obi-Uchendu on the BlackBox interview series, where he admitted that he was disappointed with the former EME signee for not showing up at his wedding.”

In his words: Was I disappointed that he wasn’t at the wedding? I was but I know he tried because there was a show with a lot of the artists…I think it was One Africa,” he said. ”As a matter of fact Tiwa ended up…there was no business class and she took an economy seat so she could make it. But he called at the time that he was so sorry.”

He also went on to claim that the singer owed his record label 3 albums. According to Banky W, Wizkid wanted to leave the label before the termination of his contract and because of his personality, he couldn’t hold him back.

Hours after his interview, Wizkid replied to his former label boss via Twitter, where he wrote, “My answer to everything is Lol and Ok. Chop life abeg.”

To add to it, the award winning singer has clicked the unfollow button on his boss on the micro blogging platform, Twitter.

I think Wizkid is overreacting. Dont you think so too? Share your views and opinion in the comment section.