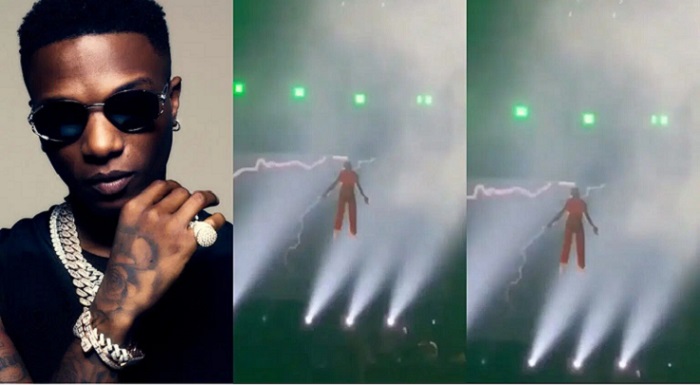 Nigerian singer, Ayo Balogun popularly known as Wizkid made a grand entrance at the sold-out Accor Arena concert, in France.

Naijablow reports that Wizkid, on Friday night, 16th September put on a dramatic entrance into the show after descending from the sky into the 20,000 Accor Arena for his performance in Paris.

The singer who made history as the first-ever African artist to headline the biggest music festival in the whole world sold out the Accor Arena in France in less than 5 minutes.

The ‘bad to me’ singer thrilled his french fans with some of his greatest hits from his vast and rich catalogue of music, giving them an unforgettable experience at the show.

Furthermore, the Wizkid joins Burna Boy as the only Nigerian artist to sell out the Accor Arena.