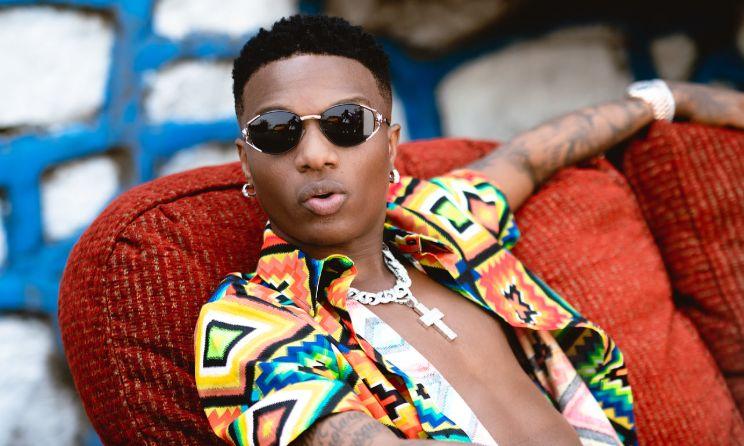 Some random dude on Twitter has started another conversation about the quality of Wizkid‘s music.

There is a divide on Twitter as usual. So many opinions flying here and there. While the stans are biting hard, retorting and attacking anyone and everyone that tries to rubbish their fave, there are some tweeps trying to analayze with facts. Then there are some pundits trying to sit on the fence.

The conversation started when a twitter user called Wizkid‘s albums “boring” and called Brymo‘s “Yellow” album better. Well, in the past hours, everyone has chipped in their opinion on the matter. Turns out in a Wizkid debate, you’ll find all sorts of people.

As the conversations progressed, a certain pundit, rapper and a member of Burna Boy’s team, known as Chuka Obi, has put out his own opinion on the issue.

According to him, Wizkid isn’t mid, he just doesn’t care about content and he needs songwriters. See the tweet below: 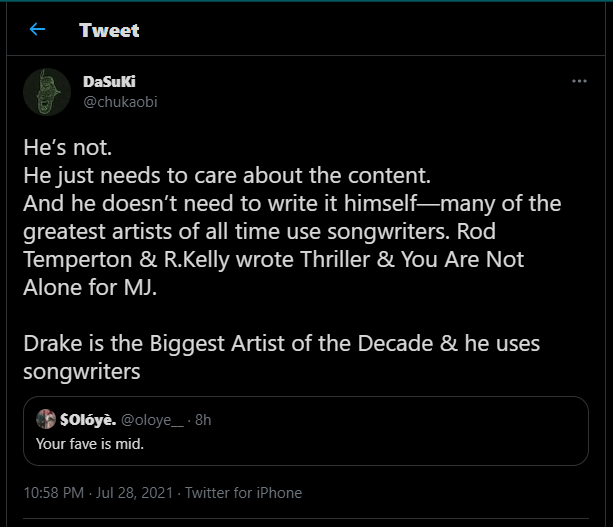 In my opinion, that tweet is just rubbish, no matter how you put it.

Wizkid has been doing music and living the dream for over ten years now. This man made the best Afrobeats debut of all time, “Superstar.” He’s currently on an international run that is unrivalled anywhere in Africa.

With five projects in his discog, you say the ,man does not have content? That’s just slanderous, if you ask me.

Let’s hear what you think.

Do You Think Wizkid Needs Songwriters To Make Good Content?

47 thoughts on ““Wizkid Doesn’t Have Content, He Needs Songwriters” – Do You Agree?”