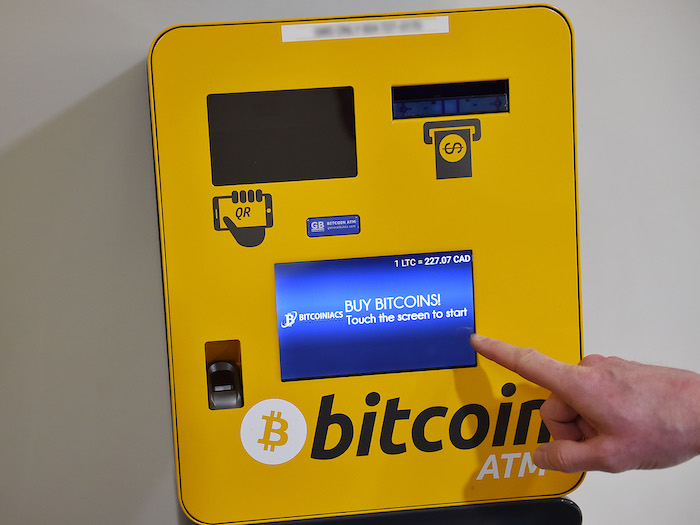 We will discuss some interesting aspects of Bitcoin ATMs in this article. Automated Teller Machine (BTC ATM) or Bitcoin Teller Machine (BTM) is a common technique for avoiding traditional banking systems when buying or cashing Bitcoin (BTC).

They have risen in popularity in tandem with the growing value of cryptocurrencies and the greater confidence level over the years.

What is meant by a Bitcoin ATM?

ATMs and BTMs are the same as regular automatic teller machines. Of course, what distinguishes it from traditional ATMs is that it allows customers to purchase Bitcoin in return for cash or debit.

Some BTMs also enable customers to sell Bitcoin for cash. BTMs resemble traditional ATMs in appearance. They, however, link to a Bitcoin wallet rather than a bank account.

Bitcoin wallets serve as a depository for sending or withdrawing coins instead of bank cards. Some Bitcoin ATMs resemble ordinary ATMs because they are standard ATMs with Bitcoin-specific software. If you are interested in knowing if bitcoin can work in the agricultural sector click here.

A brief history of ATM

In October 2013, the first bitcoin ATM opened its doors. It only ran until 2015 owing to Bitstamp’s operational issues, yet it is commonly regarded as the world’s first Bitcoin ATM.

Soon after, a Bitcoin ATM was installed in Europe. It was placed on December 8, 2013, in Bratislava, Slovakia. Meanwhile, on February 19, 2014, the first BTC ATM in the USA was deployed.

Bitcoin ATMs, like the bitcoin itself, have subsequently encountered several regulatory obstacles. Finally, the agreement was reached that Bitcoin ATMs must follow the same rules and regulations as ordinary ATMs.That includes restrictions on the number of deposits and withdrawals a person can make per transaction and per day.

In the USA, for example, all Bitcoin ATM operators must enroll with the Financial Crimes Enforcement Network and adhere to the Anti-Money Laundering laws of the Bank Secrecy Act. The Bitcoin ATM may require your mobile phone information to give you an SMS verification code depending on the transaction amount.

There are presently over 28,000 Bitcoin ATMs worldwide, with the vast bulk of them situated in the United States. North America accounts for about 91% of the global Bitcoin ATMs market.

Genesis Coin (41.5 percent market share) and General Bytes are the two largest producers of Bitcoin ATMs nowadays. Most BTMs are located in cafes or specialty stores and transportation centers like train stations and airports. In general,

Company owners who wish to install a BTM within a commercial area must contract with a Bitcoin ATM provider. The gadget will then be installed on-site by the supplier.

Customers must pay a service fee to use a bitcoin ATM. This fee is usually collected as a percentage of the transaction amount, not as a fixed amount. The U.S.

Consumer Financial Protection Board (CFPB) has warned that Bitcoin ATMs could be very expensive, and the exchange rates offered might be less competitive than those seen elsewhere. CoinFlip, a Bitcoin ATM operator, claims that their average purchase cost is around 7% more than the current price for Bitcoin.

Conclusion – The Future of Bitcoin ATMs

It is widely believed that the quantity and popularity of Bitcoin ATMs will continue to grow in the coming years. Bitcoin ATMs fees remain one of the fundamental problems of technology because they are easy to use, convenient and unique.

Still, for the time being, they can’t be avoided because they provide a secure and straightforward means for many individuals to acquire cryptocurrency. If you intend to purchase or sell Bitcoin at a Bitcoin ATM, remember to check internet resources to determine which Bitcoin ATMs have the lowest costs.

Also, be sure you are constantly entering the correct information (such as your digital wallet’s data), as there is sometimes no way to erase transactions caused by such errors.

5 thoughts on “What Is Bitcoin ATM and How It Works?”