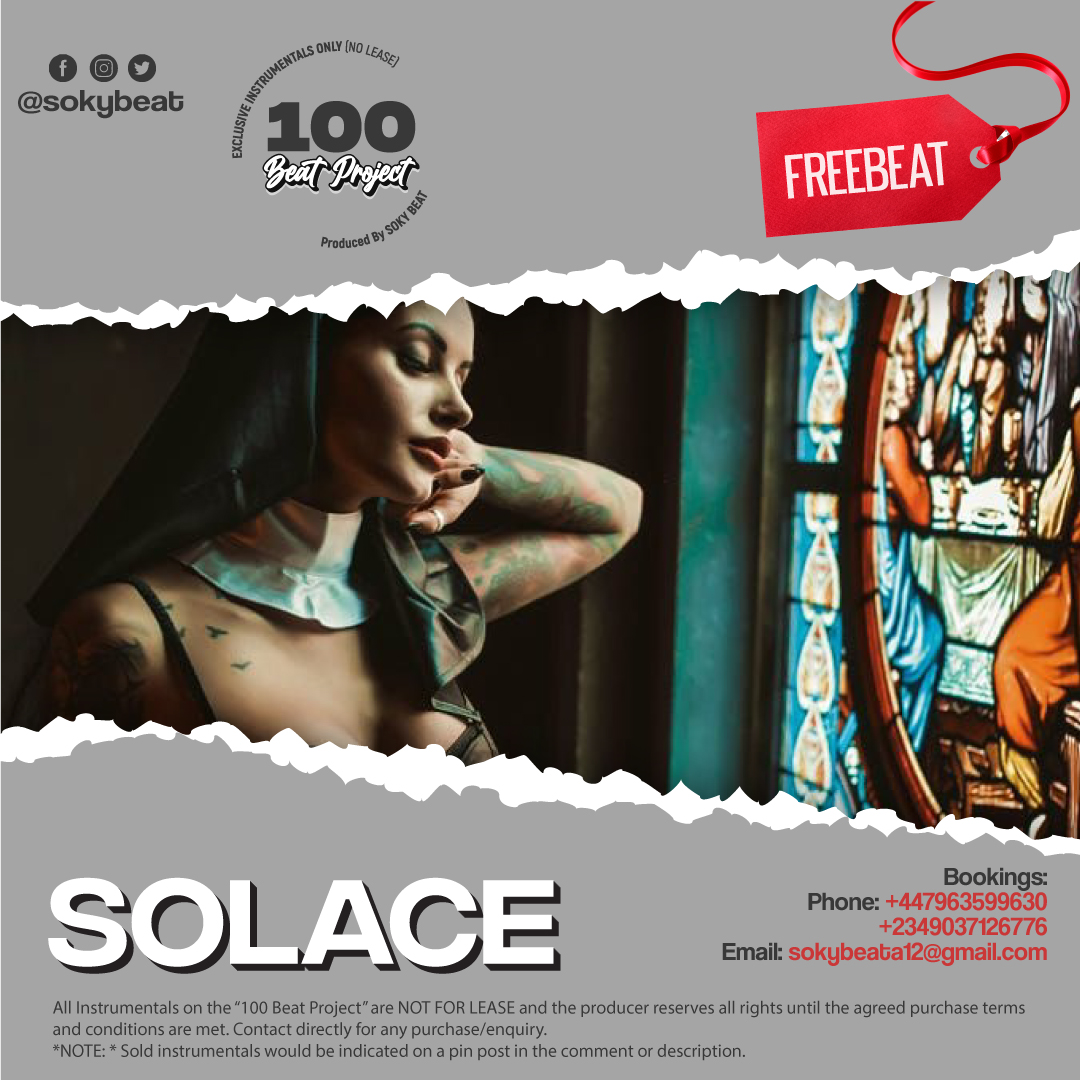 This instrumental beat is part of his previous instrumental project titled ‘100 Beat Project‘ which he dropped earlier this year and is still working on.

On this 100 Beat Projects he is bent on creating a beat collection, which would contain a fusion and cross-pollination of sounds and genres. Additionally, SokyBeat says he “pictures a scenario in which at least 60% of the biggest songs over the next two years would emerge from the production.”

SOLACE instrumental is free! Just make to use the #100BeatProject and follow the producer on Instagram @SokyBeat.

See this week release from SokyBeat below;