BIG WIZ!! See The Amount Wizkid Spent On Dinner In Lagos With His Friends In Lagos

Wizkid got fans talking after he splashed a staggering 4 million Naira at dinner somewhere in Lagos.

In a video that has now circulated on social media, we could see Wizkid jamming to one of his 2011 tracks, “Scatter The Floor” off his debut album, “Superstar”, which clocked 10 years over the weekend.

In another video, he could be seen jamming to “Holla Ya Boy” with Wande Coal, Ice Prince and some other personalities with him. 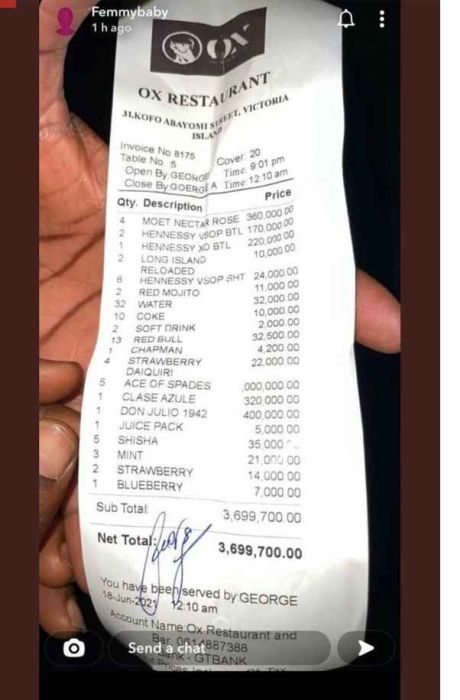