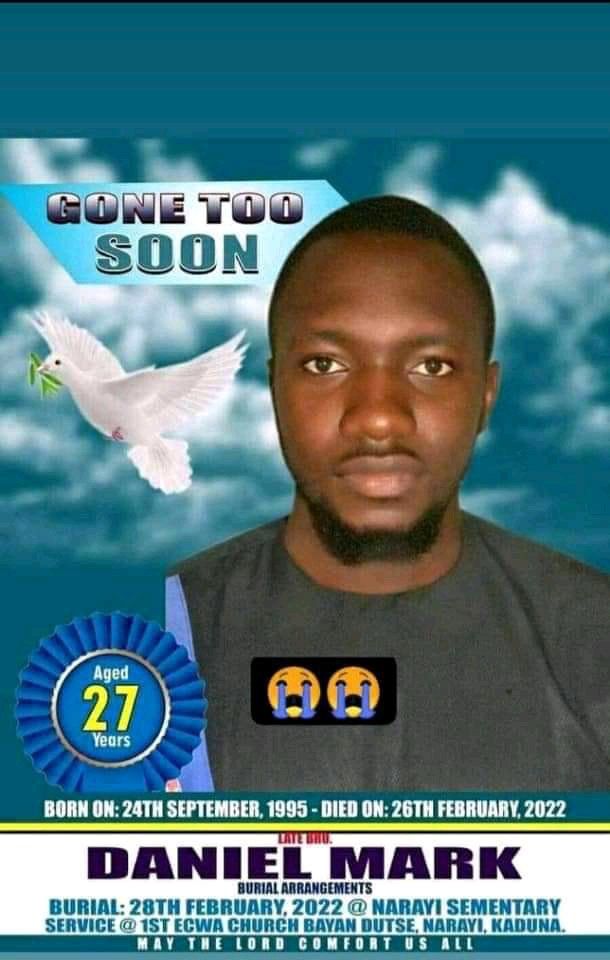 It was gathered that the young man took his own life in Kaduna state after losing N1.5 million in his bet account.

In series of tweets, he detailed his followers on his movements, from losing money from his bet account, to depression and suicide. 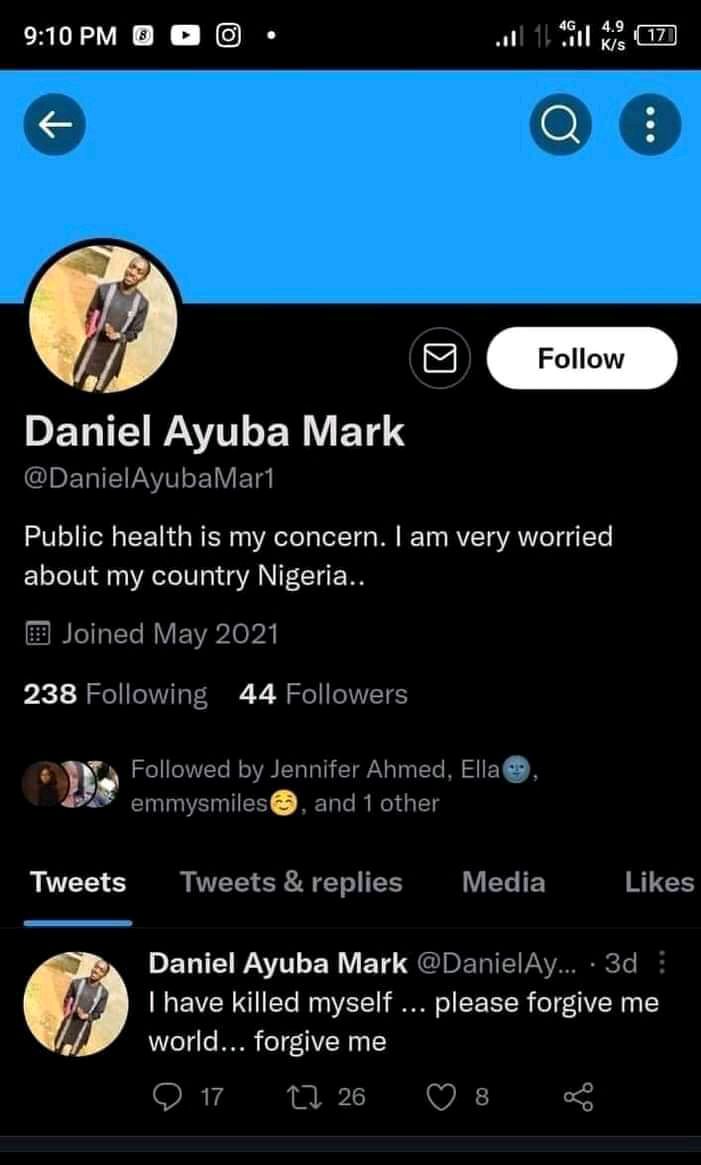 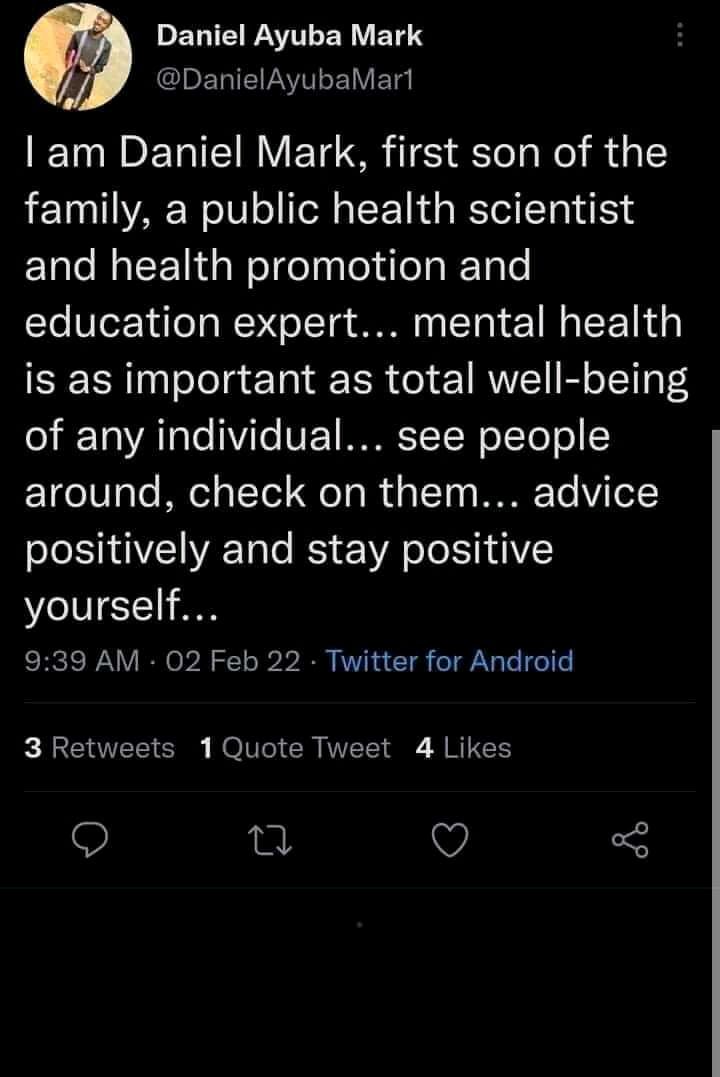 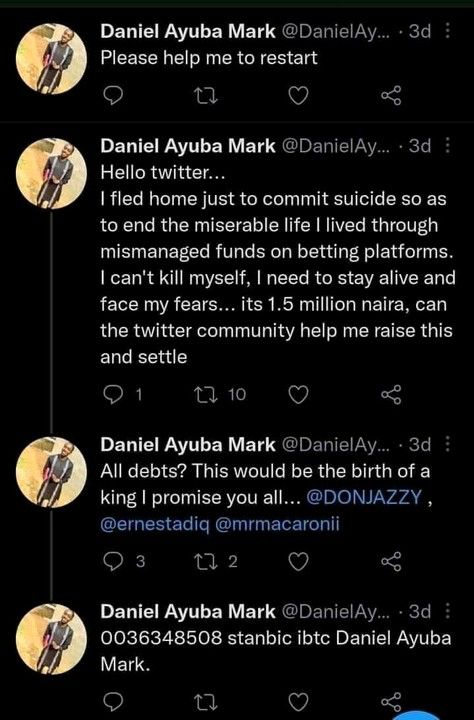 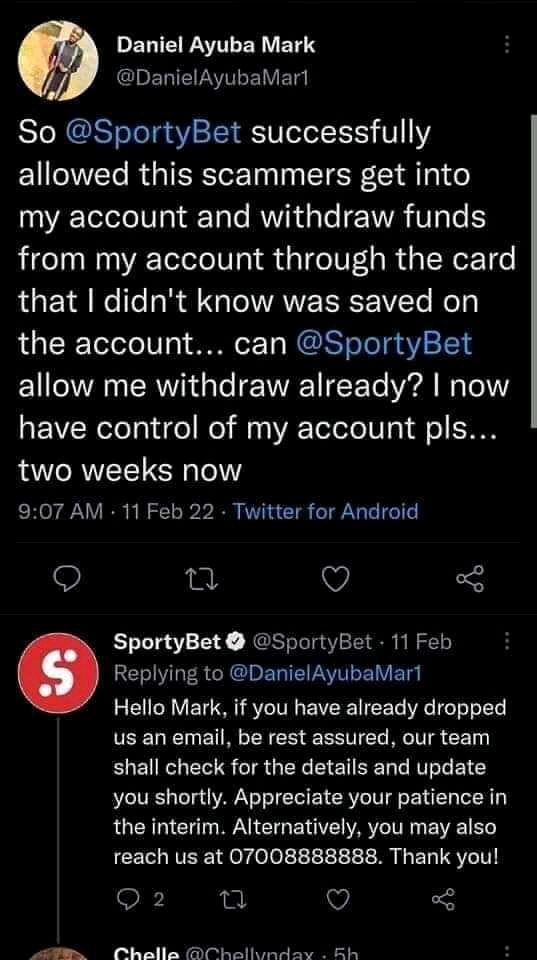