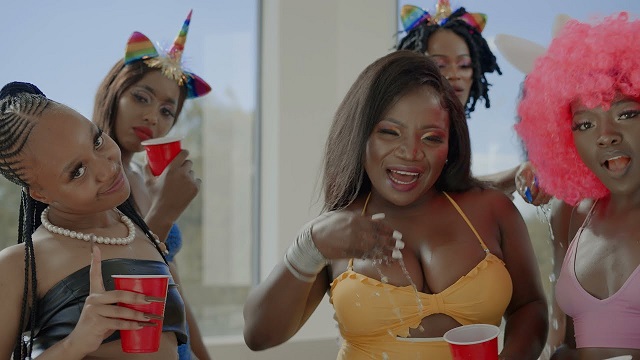 On the song ‘Ma Yellowbone’; Makhadzi employs the vocal services of South African record producer and singer, Prince Benza who did justice to the song.

However, this might be her last appearance for the year after serving us her recent project, ‘African Queen‘ album which features the likes of Cassper Nyovest, Kabza De Small, Mlindo The Vocalist, and others.

The colorful visual was shot and directed by Director Toolz for Toolz Films.