WizKid announced Thursday (Aug. 12) that Justin Bieber will be featured on a remix of his Afrobeats hit “Essence,” which also features singer Tems.

The Nigerian superstar teased “something special” was coming on his socials before announcing an official remix featuring the Canadian pop star, which is set to drop today.

According to Jusstin Bieber, who regarded Essence as song the summer said he’s thanking to Wizkid for letting him jump on the hit song. 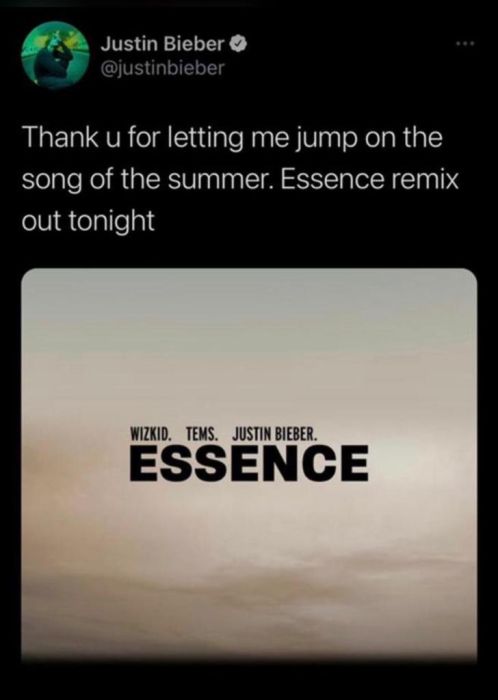