A male student of The Polytechnic, Ibadan, Oyo State, on Monday lost his life while his female partner was rendered unconscious after the two reportedly had a long duration of sexual intercourse.

Witnesses said the couple were engaged in a sex romp after they came back from the campus.

They were also suspected to have used drugs to enhance their sexual performance.

The deceased, a National Diploma 2 student identified only as Oromidayo, was from the Civil Engineering Department, while his lover, Aramide, is also in ND 2 level in the Department of Business Administration. 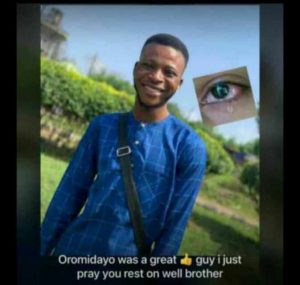 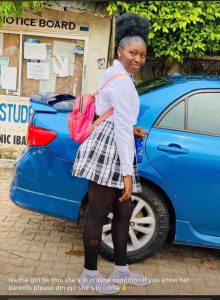 The incident occurred at a private hostel around Apete.

A neighbour of the deceased said she was horrified when she saw his lifeless body on the floor while the female partner was gasping for air.

“He is in my Faculty; yesterday was supposed to be the day we start our examinations but the school was closed down.

“There was protest yesterday; so he and his girlfriend went back home. They drugged themselves and started having sex. The guy is dead now and the babe who is in a coma is at the University College Hospital,” the witness said.