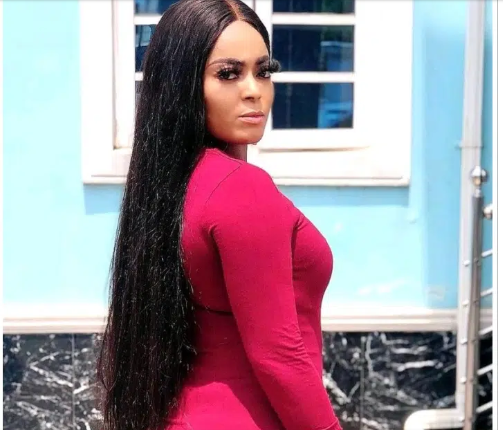 Emeka Rollas, president of the Actors Guild of Nigeria, has responded to reports that members of the Economic Financial Crime Commission (EFCC) allegedly assaulted Helena Duru, a young actress, severely.

The upcoming movie star described how the unidentified men broke into her house and pleaded with her to open the door in her post.

She described how the actress was repeatedly beaten by the now-identified cops, who appeared to be Hausa men, when they forcibly entered the room. The actress eventually retreated into the restroom.

The actress then received more beatings for trying to report to their superior who was waiting for them downstairs.

This time, the superior repeatedly hit her head until she felt fluid running down her face which turned out to be blood. Attached to Duru’s post were several videos of her bleeding head and parts of her body that took the hit during the terrible ordeal.

“The next thing we heard they started damaging the staircase door and gained access . I went inside my room and locked the door. Two men climbed to my flat, damaged my two doors, gained access into my house and started beating me. I got a slap first that made me shouted Jesus Christ . They spoke in Hausa language but all I could hear was “yamiri” the beating became intense as they beat me in turns , using a rod/stick ( don’t exactly know what that was ) all over my body . One picked my usb phone cord and descended on me.”

Taking to his Instagram page, Emeka Rollas shared gory videos of the damages done to Duru’s body and her apartment.

He captioned his post: “How cruel can EFCC be? This young up coming Actress Helena Duru was beaten blue black at about 2:30am by EFCC operatives for nothing claimed she  didn’t open the corridor door for them to have access to the upstairs of her compound where she resides in Asaba.

Two of the operatives were identified as ADE and ABDULAHI from the Enugu Zonal office. Before going for this operation they reported at the police station in Asaba.

Two of the operatives were identified as ADE and ABDULAHI from the Enugu Zonal office. Before going for this operation they reported at the police station in Asaba.

I took this matter up personally by getting the EFCC chairman involved  with a petition via a lawyer for a compensation for this lady whose privacy EFCC invaded. EFCC invited her to listen to her version and she was interviewed by operatives named JULIANA and ERIC in the EFCC and we have their official numbers.

It’s been three weeks since the visit yet no further actions by the EFCC. Its obvious EFCC is keeping quiet so that the tempo would die down if not, is ADE and ABDULAHI the high and mighty that they cannot be brought to book?

We have seen various police men beign dismissed for various misconduct in the recent past why is EFCC own different?

By the way I saw Adedayo Thomas ED Censors Board  on a visit to EFCC few weeks ago clamouring for Nollywood  the EFCC.

We are asking EFCC to make public the report by JULIANA and Eric.

All Actors should repost this as many times as possible to get justice for Helena.”

October 4, 2022 No Comments on VIDEO: Knacking Her Deeply

Do You Know That No Amount Of Money In The World Can Make Phyno To Shave His Beard? (See Why)

October 3, 2022 No Comments on Do You Know That No Amount Of Money In The World Can Make Phyno To Shave His Beard? (See Why)

#BBNaija: #Phyna Wins It All, Emerges As Winner Of The Seventh Edition Of Big Brother Naija

October 3, 2022 No Comments on #BBNaija: #Phyna Wins It All, Emerges As Winner Of The Seventh Edition Of Big Brother Naija

October 2, 2022 No Comments on Skiibii girlfriend, Dorcas Fapson accidentally uploads bedroom video meant for him on her status [photos]

October 1, 2022 No Comments on 10 Things To Know About New NFF President, Ibrahim Gusau

‘Obidients’ storm the streets across Nigeria, Ghana and UK [Video]