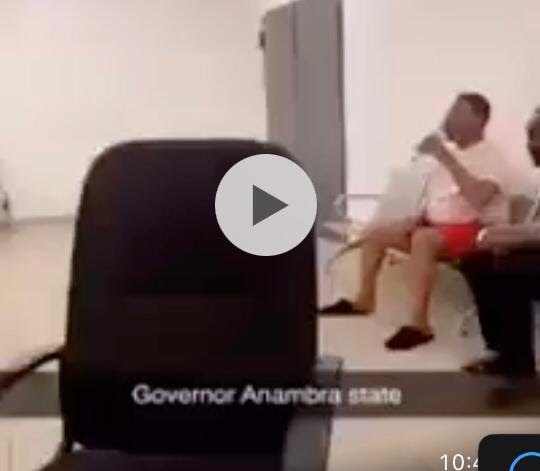 The Economic and Financial Crimes Commission says it has subjected the officer behind the trending video of former Anambra Governor, Willie Obiano, being interrogated by the agency, to appropriate disciplinary action in line with its guiding principles.

A statement by its Spokesman, Wilson Uwujaren, said the trending video was not authorised by the anti-graft agency and that it has no place in its mode of operations.

The statement said: “The attention of the Economic and Financial Crimes Commission, EFCC, has been drawn to a trending video showing the former Governor of Anambra State, Chief Willie Obiano in the custody of the Commission.

“The Commission wishes to distance itself from the said video which is completely at variance with the established Standard Operating Procedure of the EFCC.

“A discreet investigation ordered upon discovery of the leak has revealed the errant officer behind the odious act and he is currently being subjected to appropriate disciplinary action”.

It will be recalled that the video of Obiano in the custody of the EFCC had appeared online on Sunday afternoon, prompting immediate sarcastic reactions from the political divides, with one of the APGA leaders, Chief Victor Umeh, claiming that Obiano did not use sand to build infrastructure in Anambra.

A former media aide to the detained former governor also took issues with EFCC for leaking the video online.