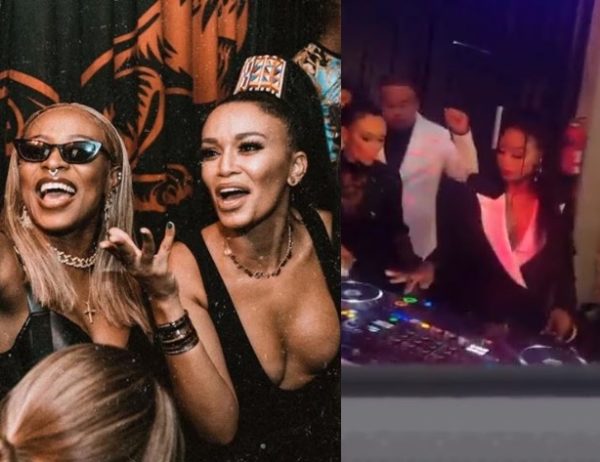 DJ Zinhle gets dragged on social media after a video of herself with Pearl Thusi surfaced on Twitter.

The relationship between the two celebrities who were once best friends has blatantly collapsed, as they are not as close as they were.

The DJ and actress have tried to clear the air numerous times, but the public have decided to go with their own thoughts.

In the video that recently surfaced on Twitter, Zinhle was perceived to be cold to the cheerful Pearl who tried supporting her while performing at a gig.

It is assumed that the DJ hates Pearl, which she exuded in the video.

“Most women hate each other and this has been going on since forever, but feminist will still blame men instead of having a conference to understand why females tend to dislike each other after years of friendship or instantly through social media. Sisterhood doesn’t exist,” a tweep wrote.

Watch the video below and check out other reactions below: