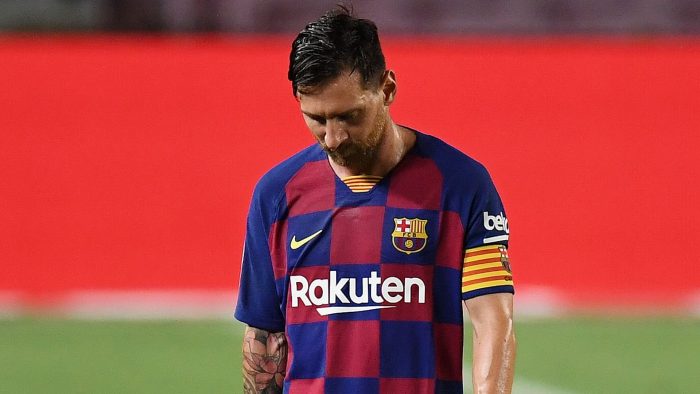 Barcelona Football Club have reportedly banned their captain Lionel Messi, from participating in the club’s training, Newpremises has learnt.

AS reports that Messi will not be training at Barcelona until he signs a new contract with the Camp Nou club.

The Argentina captain has been a free agent since July 1.

Despite an announcement that the Barca number 10 would sign a five-year contract, the deal is yet to be signed.

Due to Barcelona’s financial struggles, Messi has been forced to accept a pay cut in order to remain at the club.

The deal will reportedly see Messi take a 50 per cent pay cut.

Messi’s previous contract expired on June 30, meaning that he has been a free agent since July 1 but he is unlikely to agree terms elsewhere.

Messi is currently enjoying an extended holiday after representing his country at the Copa America last month.

The 34-year-old captained Argentina to the title in South America as they beat hosts Brazil 1-0 in the final.