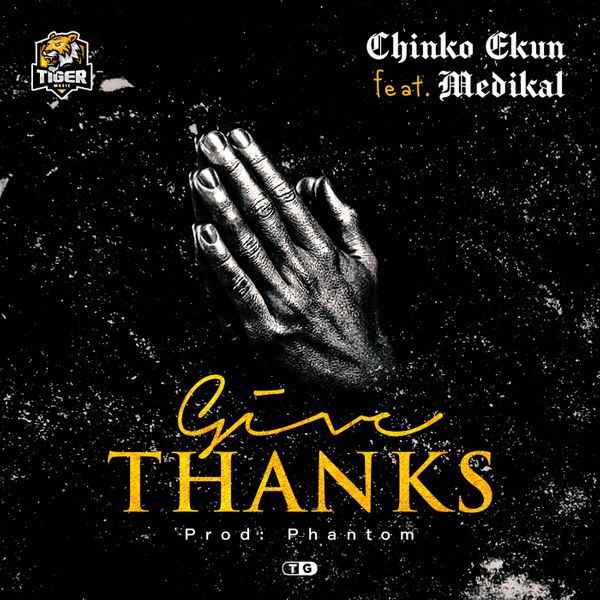 Chinko Ekun – Give Thanks ft. Medikal

Tiger Music hip-hop head, Chinko Ekun commence the week with a new record dubbed “Give Thanks.”

Apparently, “Give Thanks” is a Drill/Hip-Hop record that unites Chinko Ekun and Medikal switching flows.

With production assistance from Phantom. “Give Thanks” serves as Chinko Ekun’s second release for the year.

Furthermore, Chinko Ekun has been working on his album which will be his debut under his imprint, Tiger Music.

Listen to “Chinko Ekun Give Thanks” below: